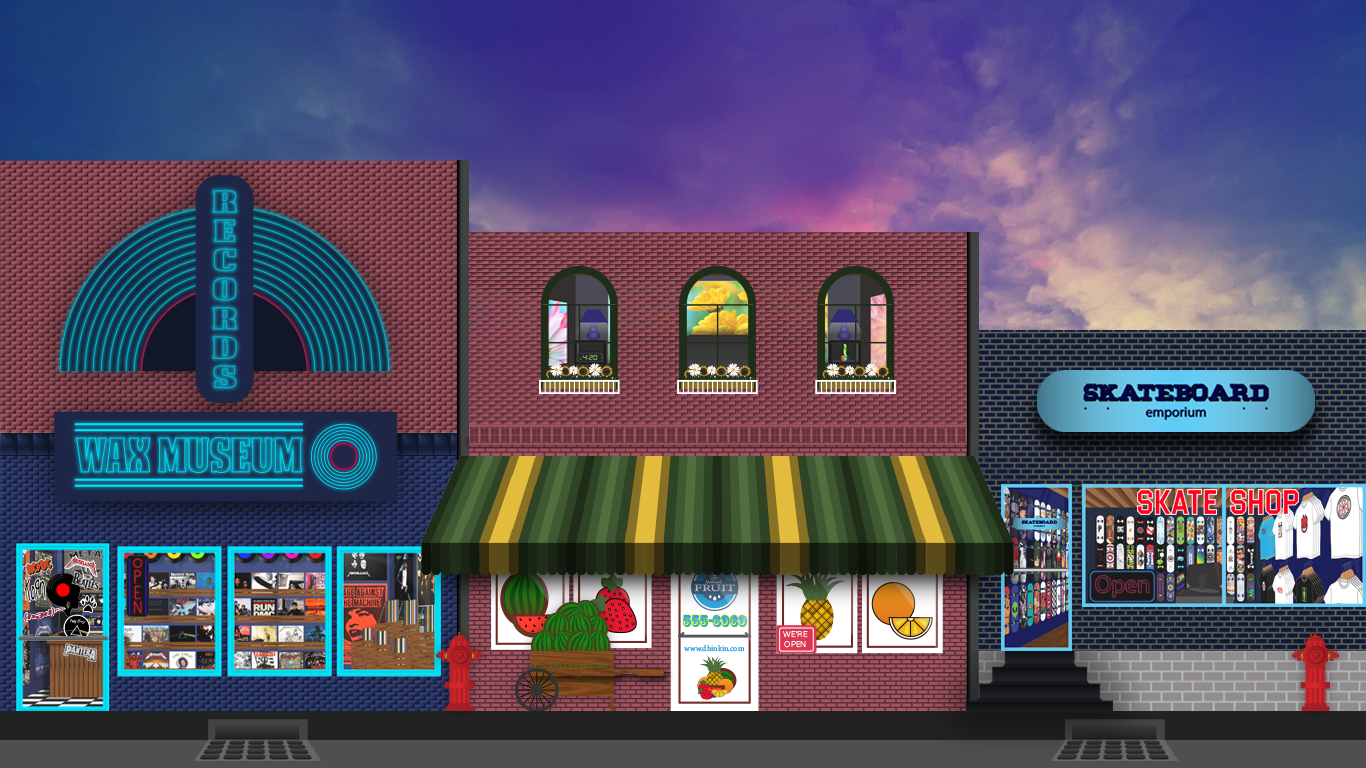 This was a random illustration that got out of control fast.  Sixty hours later we have an image that is made up of 7 different sections.

The record store exterior facade was built brick by brick in Illustrator and rasterized in Photoshop. The windows and door were masked and set at a 10% opacity.  Neon signage above the storefront: vertical record sign; Wax Museum sign; and Open sign were created using stokes and gaussian blur.

The Record Store Interior is where things started to get out of hand.

Vanishing point perspective was used in the interior of the record store, all straight lines point to the center of the canvas. A simple black and white seamless pattern was used for the floor and put into perspective. Gradient wood color pallet was used on the ceiling before being placed into perspective. The side walls were the last to be placed on top and into perspective.  This leaves the back wall. For the back wall, thirty-two (mostly 90’s) records were image traced in Illustrator in imported into Photoshop. The posters and were created using the same technique and the records across the top where hastily made in Illustrator. The mini-desk was made from a wood texture, with masking and a drop shadow.

Things started to calm down and get back on track. The brick facade again, was really built brick by brick (in Illustrator), rasterized, and imported into Photoshop. The windows were a bit tricky but some Illustrator presets came in handy. The window pane are set at 10% opacity.

The Interior of the apartment is also done using the vanishing point technique.

The theme for the apartment was “Flowers”, I’m starting to get off track and a little manic on the details but bear with me.The three-canvas sunflower on the back wall was done using a series of masks. The paintings of the left and right walls are masked and put into perspective. If the ceiling looks familiar, it is. You saw it in the record store. The floor is a wood-textured seamless pattern put into perspective. The coffee table was constructed in Photoshop using wood textures and drop shadows. The couch, random knick-knacks, and lights where all done in Illustrator.

This is actually where it all began. I was just making a small personal project, a fruit stand, then we started expanding.

The awning was the first asset Illustrated. Lemon-Lime color pallet and a little drop shadow did the trick. The facade was built using the same technique as above. The white fruit posters in the windows, the door, and the (we’re open) sign are all custom made in Illustrator. The watermelon cart was made in Photoshop and the watermelons done in Illustrator.

Again the bricks made in the same way as above.

The cinder blocks were done in Illustrator and imported into Photoshop where I added texture. The stairs are a combination of gradients and shadows. The open neon was created using gaussian blur and stroke manipulation. The “SKATE SHOP” letters are Illustrated and stroked. The windows and doors are at a 10% opacity.  The “Skateboard Emporium” was drawn in Illustrator and given texture and shadows in Photoshop.

I mean, I’ve gone this far, I might as well finish up strong. 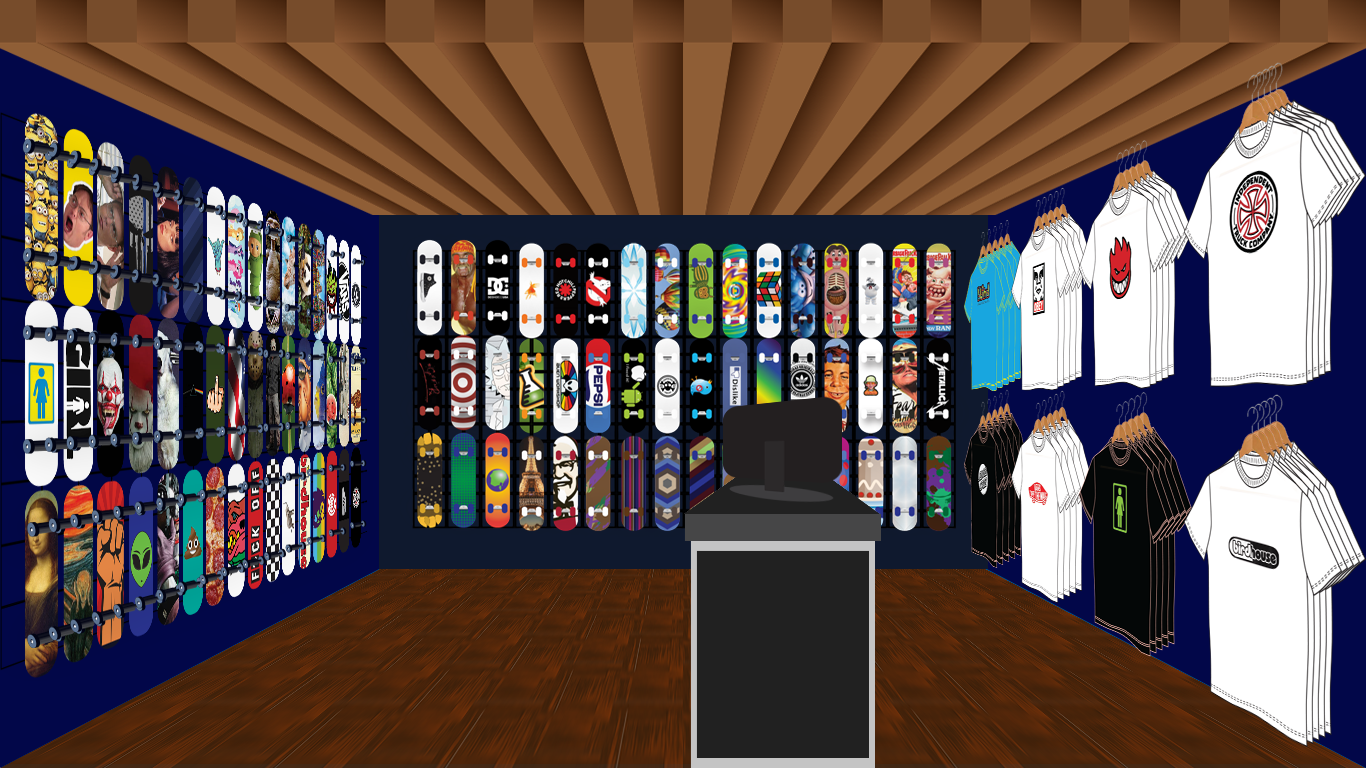 A familiar ceiling and floor scheme, I know. 99 skate decks were made and 50 shirts, some of both categories didn’t make the cut.

This particular project was one of my favorites. It started small and ended up larger than I was anticipating. Some of it was tricky but I think we have solid addition to the portfolio when its all said and done. If you want copies of my Illustrator files contact me.